ASTM A672 grade covers pipes and tubes used in atmospheric and low-pressure applications. The ASTM A672 pipe follows dimensions specified by ASTM, API, and ASME standards. These pipes are specialized in large diameter pipes. They are available in schedules 5, 10, 20, 40,60, XS, 80, 100, 120, 140, 160 and XXS. The A672 Gr B60 EFW Steel Pipe is produced with the help of an electron beam. The beam moves at high speed, which enables it to convert kinetic energy into heat and melt the steel. The A672 B60 EFW Electric Fusion Welded Pipe is designed with a tensile strength of 415-550N/mm2 and a yield strength of 220N/mm2. They can be easily elongated by 25%. The ASTM A672 Gr B60 EFW Saw Pipe is produced from plain, fine grain or killed carbon. These pipes can be welded longitudinally or spirally. They are widely used in low-pressure applications. ASTM A672 Gr B60 Class 12 EFW Welding Pipe is used widely used in petrochemical industries, power plants, fabrication systems, petroleum refining, modern architecture, etc. We are the leading manufacturer and supplier of ASTM A672 Pipe in India. We thrive to provide high-quality products to all our customers at reasonable rates.

The A672 C65 CL22 EFW Welded Steel Pipe is designed with good mechanical properties. These pipes have a tensile strength of 450-585N/mm2 and possess yield strength of 240N/mm2. The tensile strength at the welding point remains the same. The A672 GR C65 Class 22 EFW Pipes has a wall thickness of up to 250mm. These pipes can be coated with epoxy, 3LPE, and color coating methods to protect them against corrosion and abrasion. They can be elongated by 23%. Carbon Steel A672 C65 EFW Pipe is made up of high carbon concentration. These pipes have superior hardness and are very strong. They are durable and don’t require high levels of maintenance. The ASTM A672 C65 Welded pipe is designed with an outside diameter of 16NB to 100NB. These pipes are available with coupled, beveled, and plain ends. They come in lengths up to 13 meters but can be customized on request. The ASTM A672 C65 cl22 Welded Pipe belongs to a class of mild steel having schedules between 20 and above. These pipes require a filler to be used during the welding process. A672 C65 EFW Straight Welded pipe takes a short time to weld as it welded in a straight line.

The A672 Gr C70 Electric Fusion Welded Pipe is designed with a yield strength of 260N/mm2 and possesses an excellent tensile strength of 485-620N/mm2, which is not altered when it reaches its welding point. The A672 c70 Electric Fusion Welded Steel Pipe can be elongated by 21%. They are available in fine grain, killed, and plain carbon. The NPS and outside diameter of the pipe determines the pressure allowance of each pipe. The ASTM A672 c70 Low Temp Pipe is designed specifically to deal with low temperatures. They can be used in temperatures up to -29 degrees C. All our products including, the ASTM A672 gr c70 electric fusion welded pipe, can be customized in different shapes and sizes as per your requirements. If you have any queries or want to know about our A672 gr c70 Lower Temperature Pipe, contact us.

Mechanical Properties of ASTM A672 Gr B60 EFW Saw Pipe 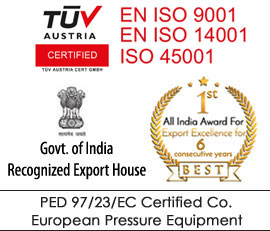